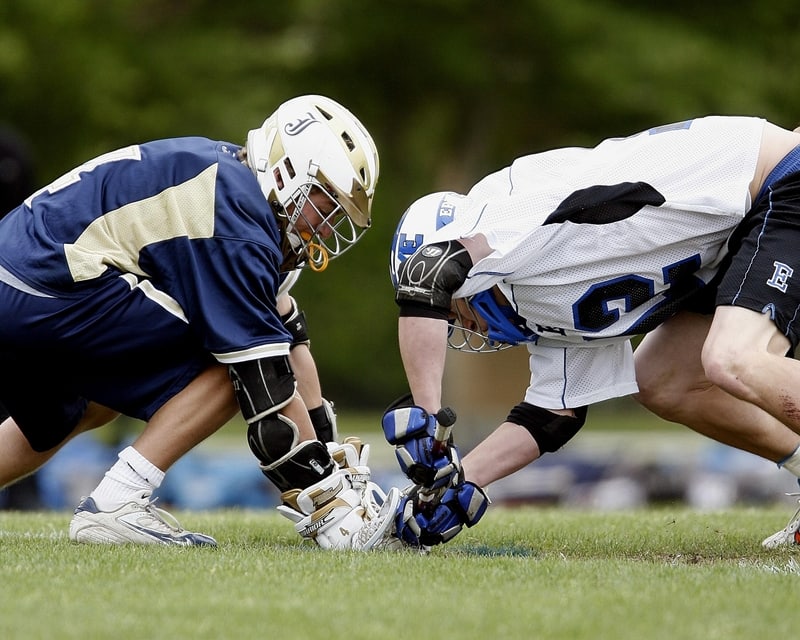 Intermountain Lacrosse (IMLAX) is a 501(c)3 non-profit organization dedicated to the organization and growth of youth lacrosse in Utah and southern Idaho, making it the largest geographic league in the U.S. With over 179 teams and 3500 players, across 50 different programs in 20 locations, returning to the fields after the state lifted COVID-19 restrictions was not an easy proposition. Ensuring the safety of players, coaches, volunteers, referees, and spectators and complying with a myriad of state and local COVID-19 regulations required capturing symptom screenings from everyone who stepped on a field.
But how? The idea of gathering thousands of COVID symptom screenings in a consistent, compliant, and timely manner was daunting. Adding to the complexity was that 75 percent of the audience – the children – couldn’t vouch for themselves, which meant that parents had to do so. And often, the parents had multiple kids playing on different teams and different fields. How would parents be in two places at once to vouch for their children and sign a paper survey? How would the league track all of the paper surveys, communicate which children had completed the survey, and where would they store them in order to prove compliance if needed? The levels of complexity were great, and the liability factor serious.

IMLAX turned to 42Chat, an industry leader in creating text-based A.I. chatbots for customer service, events, tournaments, and more. When the pandemic hit, the company created HealthShield and SMS-based COVID screening tool to help businesses reopen.
HealthShield allowed the league to send a simple introductory text (or users could also initiate via text) to instantly access a digital health assessment that met all state and local regulations for screening. The user – player/parent, employee, coach, spectator, completes the three-question, CDC-compliant COVID-19 survey in about 15 seconds using their cell phone.
Once completed, the user receives either a valid green mark to step on fields or enter league offices, or they get a red mark, restricting their access and referring them to additional steps. The solution is fast, simple, and informative. It also allows for additional ad hoc messaging and engagement to any group of users as the league sees fit.
For example, during one of the first games, IMLAX leaders noticed that spectators were not maintaining required 10-foot social distancing. They quickly sent out a message via HealthShield, reminding everyone (mostly parents who were already signed up in the system) about the site-specific requirement to remain ten feet apart. “Within minutes of sending the message, people started to move. It was a powerful and easy way to get an important message out to a larger audience quickly,” said Colin Madsen, Intermountain Lacrosse Boys Youth Director.

The league answered a few questions and less than a day later their tool was live. Less than a week later, it was launched and ready for use. During the first “game day,” the league was able to complete over 4000 scans – players, coaches, officials, fans, and volunteers who attested to current healthy symptoms. Parents who wanted to watch games were included as well because when attesting for their child, they automatically attested for themselves.
With its contactless screening, HealthShield helped limit interactions to those who have already been cleared, ensuring a level of safety that puts everyone’s minds at ease. In addition, the league estimates that the screening – which can be done before a player or coach even gets to the field – saved hundreds of hours of paperwork and filing, and, even more importantly, avoided an inundation of phone calls asking how and where to complete surveys. In addition, there were no lines to wait in or pens and clipboards to share, ensuring better hygiene.
“We are excited to be the first youth lacrosse league in the US to reopen after the pandemic. Point blank, we could not have done it without HealthShield. Using the HealthShield tool, more than 3,500 families are able to send a text, take a survey, and symptom screen every day before practice and games – using their own phones! We know that every player, coach, official, and volunteer has confirmed their health before they take the field. I can’t imagine doing this with pen and paper.” said Madsen.
In addition, many of the working parents have reached out to 42Chat to use HealthShield in their own businesses as they reopen. From restaurants to office buildings, country clubs to call centers, the simple power and safety of HealthShield has resonated and helped American businesses to reopen faster and safer.
“We use the HealthShield tool to survey screen our son before practices and games. I found it so easy, intuitive, and useful that I am now installing it for my company’s own employee COVID Screening.” – Don R.

Posts about us and our products.